Due to the current covid conditions and restrictions, we regret that we will no longer be accepting call ahead seating. We appreciate your understanding during these times. Look forward to seeing you soon! Thank you Management 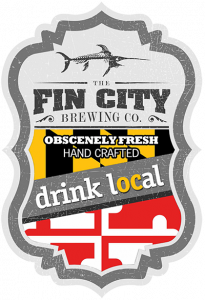 How They Got Their Name – A Little Ocean City History 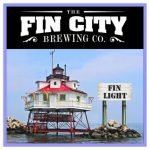 
An Angler is the proper term for a fisherman. Ocean City has thrived off the commercial and recreational fishing industry since “The Storm of 1933” when a hurricane broke through the sand bar which connected Ocean City and Assateague. This opened up what is now the inlet and the Sport of Fishing found its way to Ocean City, MD. 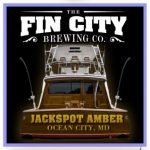 The “Jackspot” is a famous fishing hole named after Captain Jack Townsend in the 1930’s. It lies 23 miles off of the shore line of Ocean City and is where White Marlin were quite plentiful from the 1930’s thru the 1960’s. 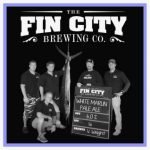 White Marlin Pale Ale
5.6% ABV
50 IBU’s
On July 29th, 1939 there were 171 White Marlin boated at the Jackspot. It was the largest single day’s catch ever recorded anywhere in the world at that time, cementing Ocean City as the White Marlin Capital of the World. 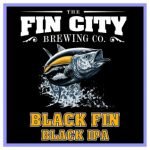 Black Fin Black IPA
6.0% ABV
56 IBU’s
A Blackfin Tuna has a dark body and is rich in flavor. The Blackfin Tuna is the smallest species of the Thunnus genus and are only found in warmer water of the Western Atlantic Ocean.

Sneaky Wheat
5.0% ABV
22 IBU’s
Our Wheat beer is more of a traditional American Wheat, less on the sweet and more on the wheat, It’s flavor really Sneaks up on you.

THE TACKLE BOX
Reel in one of each style bottled by Fin City Brewing. Five for the price of four. 18

Your browser is out-of-date!